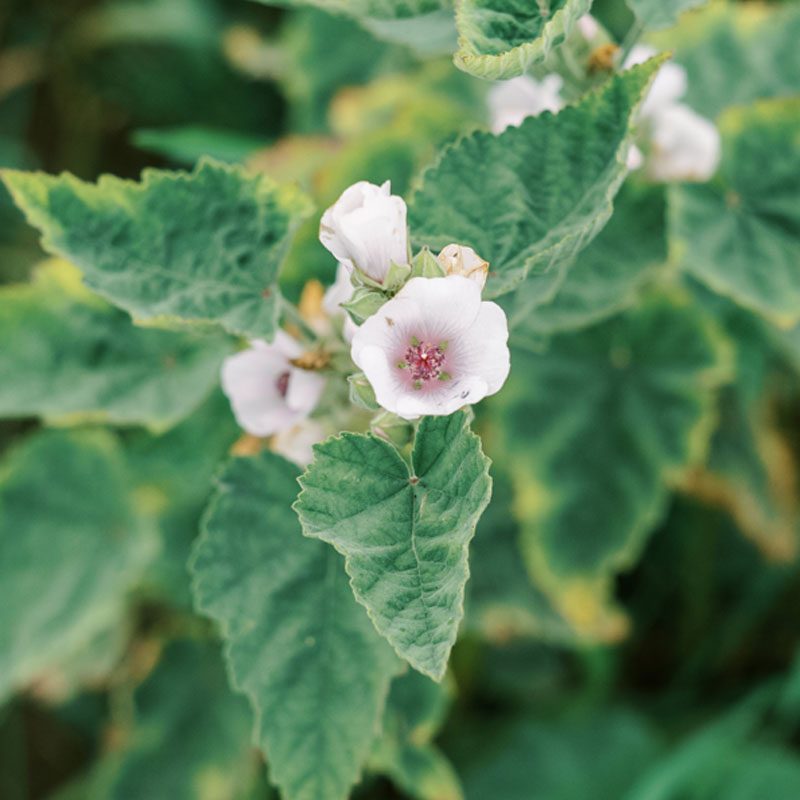 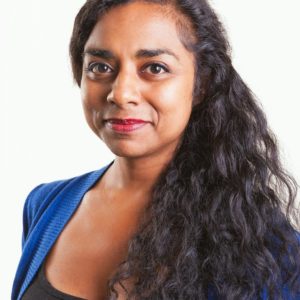 Until recently in human history, herbal or plant medicine was a dominant medicine. When did ‘medication’ come to mean pharmaceuticals instead of herbal medicines?

Let’s take a look at the role that medicinal plants have played in human history, how the pharmaceutical industry took hold, and what modern scientific research is saying about ancient herbs.

How Plants Set Humans Up for Success

If plants hadn’t successfully colonized land around 425 million years ago, none of the animal life that we know today (including us) would be here.  The establishment of plant life on land has been described as one of the most significant evolutionary episodes in Earth history.

How did plants pave the way for an Earth-wide revolution?

When plants conquered the land, photosynthesis really took off. The Earth was transformed from a blue, low-oxygen planet to a lush, green planet with oxygen aplenty. Oxygen levels exploded, creating the perfect conditions for new oxygen-loving species to evolve and share the land.

The first land plants are still around today – ferns, mosses and the valuable medicinal herb Horsetail.

As humans and plants continued to evolve together, humans discovered that some plants had medicinal properties. Ancient people had a strong connection to nature. They lived off the land. They observed how animals used plants as medicine. They used intuition to tune-in to plants’ therapeutic possibilities. Over the centuries, knowledge was passed down and refined through first–hand trial and error. 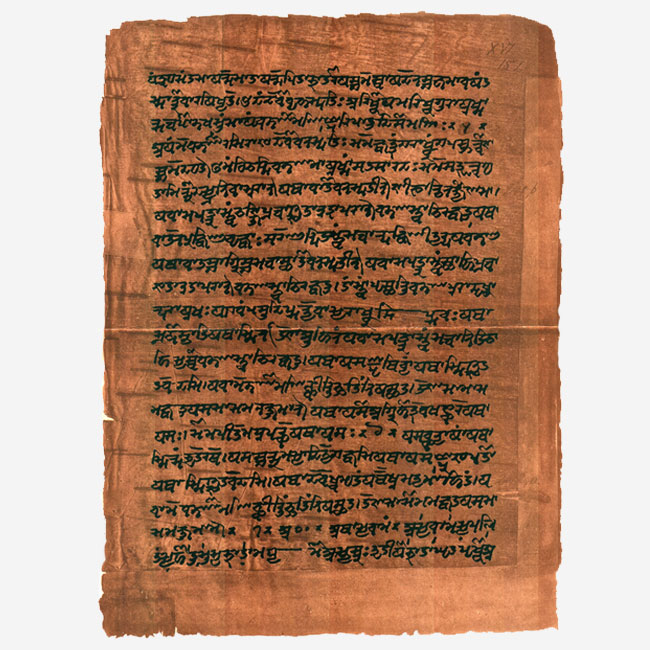 The Vedas are ancient Sanskrit texts of Hinduism. Above: A page from the Atharvaveda.

Fossil records tell us that humans have used herbal medicine for at least 60,000 years all over the world. In China, herbs such as Astragalus root and Reishi mushroom were used to support overall health and immunity, while herbs such as Licorice and Ashwagandha were used in India. But we didn’t stop at using individual herbs. Over time we learned how to combine them, and use them as part of a formalized healing systems.

Indian Ayurvedic Medicine is a complex healing system that has been around since the 2nd century BC. The four Vedas (ancient Indian texts) describe over 440 medicinal plants. A 5,000-year-old Sumerian clay slab from India (the oldest written evidence of herbal medicine use) contains 12 herbal formulations.

The in-depth Traditional Chinese Medicine (TCM) system has a 5,000-year-old history. The ancient literature is full of data on the most medicinal parts of each plant, how to prepare herbal remedies and how to find the best dosage. In 2500 BC, Chinese Emperor Shen Nung wrote a book on medicinal roots and grasses including 365 herbs.

The Ebers Papyrus, written circa 1550 BC, is the most extensive written record of the ancient Egyptian medical system. This 68-foot-long Papyrus contains over 800 herbal formulas.

The Rise of the Pharmaceutical Industry

Did you know that the pharmaceutical industry has only been around for 200 years? Let’s look at the global changes that revolutionized what we think of as medicine.

German apothecary assistant Friedrich Sertürner was the first to use specific plant compounds to create medicines. He isolated and extracted morphine crystals from the juice of poppy seeds. Merck was the first company to produce Morphine on a large scale in 1826.

A Merger of Two Industries

The pharmaceutical industry was created by the merger of two surprising industries. Apothecaries teamed up with dye/chemical companies who had research labs. This gave apothecaries access to new manufacturing technologies that could produce these medicines cheaper and faster than ever before. 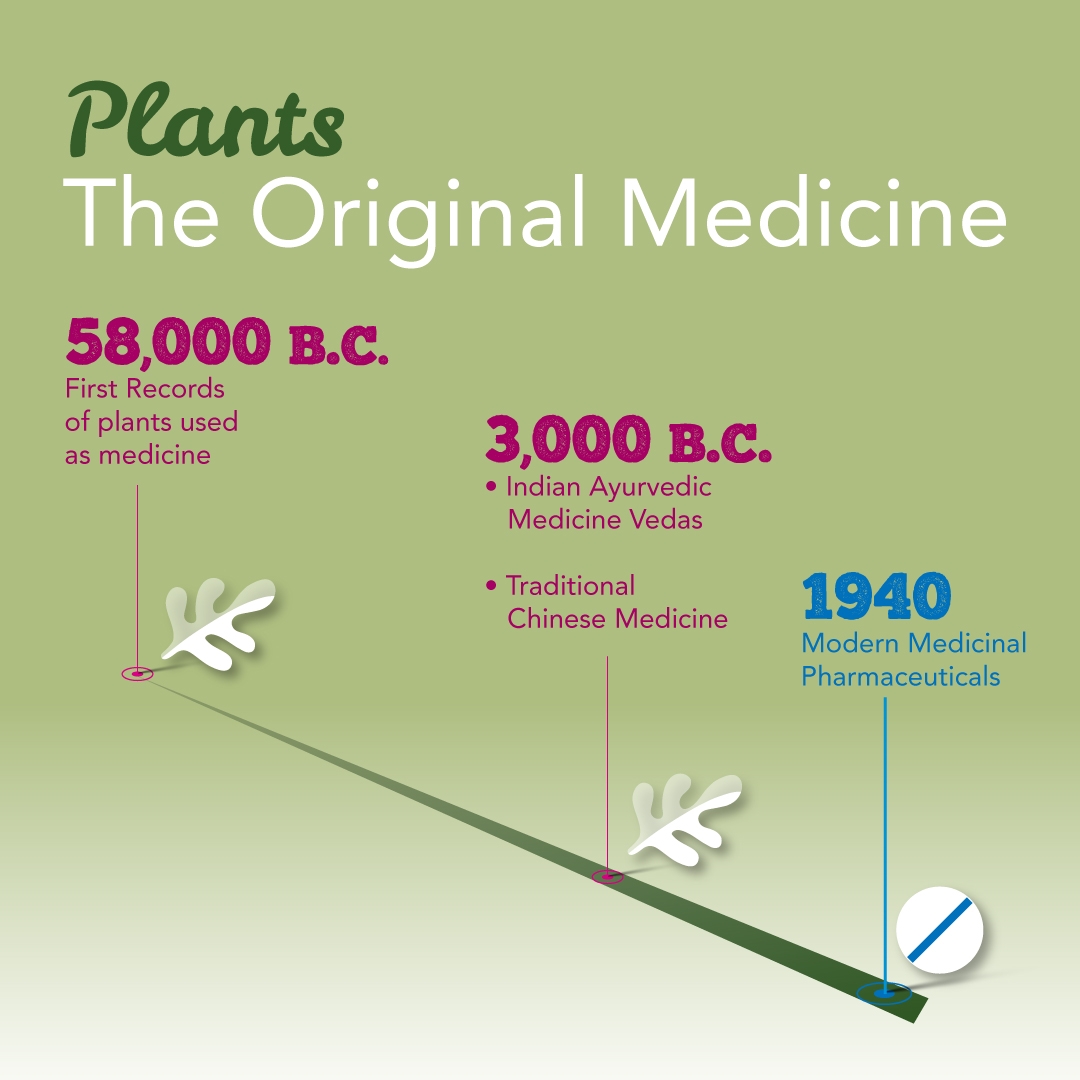 World War I started a chain of events that would result in pharmaceuticals becoming the prevalent form of medicine in North America and Europe. Wartime meant the drive to develop drugs to support the health of the troops.  Hundreds of thousands of soldiers were being lost to illness, and countries were keen to maintain a competitive advantage. The United States started by developing anti-malaria drugs and cortisone (thought to permit aviators to fly higher without blacking out).

In addition, towards the end of World War I in 1918, the Spanish Flu epidemic took hold. Exhausted troops operating in crowded, unsanitary conditions were at high risk of infection. Troops were deployed all over the world, playing a major role in the global spread of this disease. With a death toll of over 50 million people worldwide, the hunt for antibiotics was on.

Antibiotic progress was slow due to the post World War I recovery. It wasn’t for another 10 years that Penicillin (the first true antibiotic) was discovered in 1928 by Alexander Fleming in the UK. Due to problems with growing and transport, it was not until World War II that true mass production and global distribution became possible. The turning point came in 1943 when the United States War Production Board was tasked with ramping up production. Penicillin production jumped from 21 billion units in 1943, to an astonishing 6.8 trillion units in 1945.

This one drug positioned the United States as a global pharmaceutical powerhouse. By the late 1940s, the U.S. was making over half of the world’s pharmaceuticals and accounted for one-third of international trade in medicines.

The Move from Natural to Chemical Medicines

Wartime challenged pharma companies to produce huge quantities of drugs at the lowest cost, that could be safely distributed globally.

Drug companies discovered that live plants weren’t easy to work with on a large scale – especially in wartime. Plants were hard to obtain, expensive to manufacture into herbal medicines, and difficult to transport worldwide.

Technology to make synthetic copies of plant compounds had come a long way since the introduction of Aspirin. Chemists isolated the top one or two medicinal ingredients in plants and made chemical copies. This method was cheap, easy and applicable to all plants. The ability to patent drugs (you can’t patent herbs) significantly increased pharma company profits. Firms soon shifted their research focus from natural products to synthetic chemical products. This represented the final move from natural, plant medicine to purely synthetic medicine.

The Problem with Drugs Based on Plants

A plant may have hundreds of different medicinal constituents. By focussing on just one or two, synthetic drugs ignore the synergistic effects of all the constituents in the plant working together.

Why does this matter?

When isolated, some single plant constituents may be toxic or contribute to drug resistance.  Acetylsalicylic acid isolated from White Willow and made into chemical Aspirin may contribute to stomach ulcers. Yet taking White Willow does not carry these same risks. One can become resistant to the malaria drug Quinine, but less likely to its whole-plant source, Cinchona.

Salicylic acid and quinine work closely with their fellow plant constituents as a team, reducing risk and increasing efficacy. The result is balanced, whole-herb medicine that the body can easily and safely absorb.

As you can see, the resulting drugs are mere shadows of the original plants.

The Decline of Herbal Medicine in the Western World

For the first time in history, plants were no longer the only medicine available. As a wide range of chemical drugs became readily available in the West, herbal medicine fell out of favour in North America. No longer the cheapest or most ‘cutting-edge’ option, plant medicine became the exclusive domain of Indigenous communities, Herbalists and Naturopaths.

In much of the Eastern world, traditional herbal medicine was still going strong.

Although today China and India are now strong players in global pharmaceutical research and production, they are also global leaders in herbal scientific research; their modern data supports centuries of medical herbal usage. Perhaps reflective of this integrative medical approach, many of their citizens combine traditional herbal medicine with pharmaceuticals.

While North America and Europe continue to lead the global pharma space, their citizens are once again turning to herbal medicine for its powerful healing effects. Herbal supplements sales in North America increased by a whopping $3 billion from 2015 to 2020. This is attributed to a rise in health consciousness and enhanced attention towards preventative healthcare. With growing concerns of side effects from allopathic medicine, North Americans are gaining increasing confidence in botanical supplements. The pendulum is starting to swing back.

Now supported by solid scientific research, herbal medicine is experiencing a welcome renaissance in the West. Let’s take a look at the recent research behind a few key herbs, valued by ancient peoples for providing immune support.

Astragalus membranaceus has long been used in Traditional Chinese Medicine to enhance immunity. Brimming with polysaccharides, flavonoids, astragalosides, and saponins, it works by activating our T cells and B cells. This gives our immune army the ammunition it needs to fight off infections. This amazing herb can also supress tumours, and reduce chemotherapy side effects.

Ganoderma (Reishi mushroom) was classified as a ‘superior herb’ over 2,400 years ago during the Shu Dynasty. Of the over 2,000 classes of Reishi, Red Reishi (Ganoderma lucidum) is in the top two identified by modern research as providing the most significant health benefits. Containing an astonishing 400 compounds (including triterpenoids and polysaccharides), Reishi provides holistic immune support by nourishing nearly every system in the body. It is referred to as ‘the mushroom of immortality’ with good reason!

The fruit of Schisandra chinensis is another ancient remedy getting modern scientific attention. Long used for immune support, new research reveals that its immune success is partly due to its strong anti-inflammatory properties.

Andrographis paniculata is a vital part of 26 Indian Ayurvedic herbal formulas and has a strong place in Traditional Chinese Medicine. Known as the King of Bitters for its ability to soothe digestive distress, Andrographis is also a powerful defence against microbes, bacteria and viruses.

Recently approved in Thailand for early stages of COVID-19, Andrographis is proven to strengthen the immune system and stop viruses from replicating. With a particular affinity for the respiratory system, recent studies suggest that this herb may have a key role to play in COVID-19 prevention and treatment regimens.

Unlike pharmaceutical companies that use only specific plant constituents to create synthetic drugs, our Holistic Herb Approach recognizes that plant constituents are most effective when they work together. We use the best herbs, non-toxic extraction processes, and rigorous testing to preserve the herb’s vitality, high-quality, and effectiveness. This means you get the best of the whole plant: higher quality herbal medicine, and no potentially toxic single plant constituents.

Our carefully crafted herbal formulations add another layer of synergy. We love combining herbs that play well together! Our award-winning Deep Immune formula contains several of the herbs mentioned above, while our highly effective Virafect formula features Andrographis. In herbal medicine, the whole is truly more than the sum of its parts.

Are you ready to use herbal medicine the way nature intended – as organically-grown whole herbs?