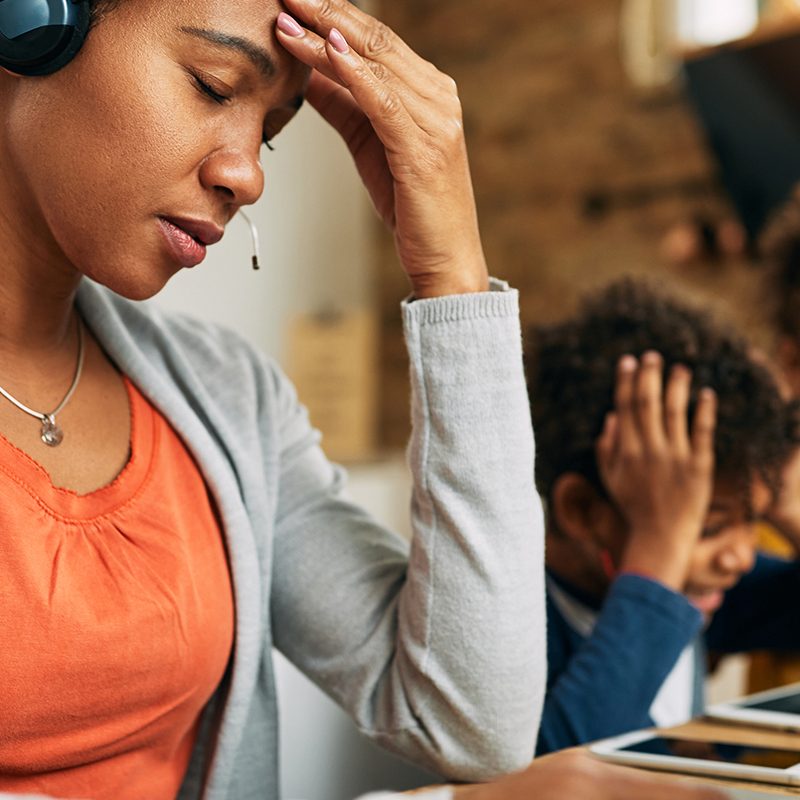 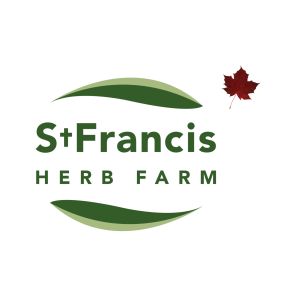 Stress! Unfortunately – we’re all too familiar with it, especially over the last couple of years.

Did you know that, when we experience stress, the body goes through something called the “stress cycle,” which physiologically brings us into and then, importantly, out of the stress response?

Many of us are unaware of this, and in today’s hectic world we aren’t resolving the cycle, leaving our bodies in a constant state of stress, which has significant implications on our health.

The human body has evolved with certain responses that are inherent in our genetic make up for protective and helpful reasons. It’s when the intended cycle of these responses is interrupted or overloaded that stress can have negative effects.

An example of this is cortisol production. Cortisol is a vital stress hormone intended for survival and endurance purposes – and it helps the body to function throughout the day. BUT, when too much cortisol is produced from frequent or chronic stress, it can imbalance other systems and important hormones like melatonin, resulting in disrupted sleep.

Completing the cycle is key to stress management, both for reaping immediate benefits as well as reducing the long-term impact of chronic stress – and the good news is that we can consciously adjust our lifestyles to rectify the problem.

A recent Ted Talk by Dr. Emily Nagoski, PhD and Dr. Amelia Nagoski, DMA discusses the stress cycle as an aspect of effective stress management and how completing it can help you to reduce its impacts on the body.

What is a stress cycle? 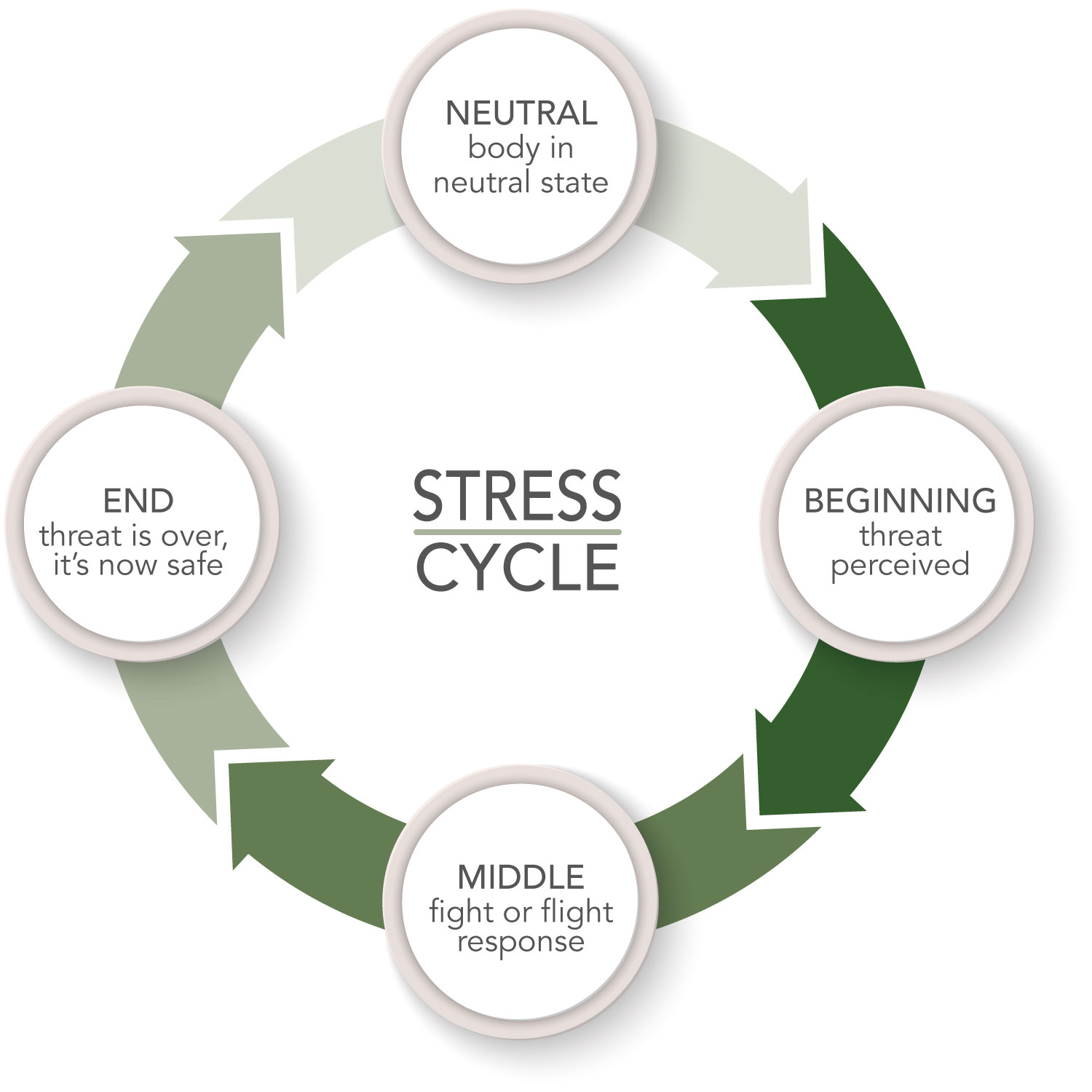 The stress response has been genetically built in since the beginning of time. Early humans lived off the land and were vulnerable to the climate and predators, which required them to have an alert system and hyper-ability to either defend or flee the scene, since their survival depended on it.

Stress cycles were frequent, and the reaction to them was very physical in nature. But what is key is that humans always completed the stress cycle, bringing the body back into its resting state – thus resolving the stress they experienced.

An example of this would be the celebration, feasting, and rest that followed a challenging hunt – where there was a clear conclusion to and resolution of the stressful event.

Whereas, with today’s lifestyle, the physiological stress response is the same, but our stressors are different. We aren’t fighting back physically or running for our lives, but we are more cognitively triggered by deadlines, childcare challenges, commutes, financial pressures – and the list goes on.

These stressors seem to run continuously through our day to day, overlapping and repeating almost seamlessly. We often only truly achieve restoration during vacations, or when we exercise/ meditate etc. But generally, it’s difficult to remove our body and mind from these situations – and frequently, we don’t get closure, and the stress cycle doesn’t get resolved.

This leaves us with unreconciled stress – where the body thinks there is still a threat and continues to react by releasing certain hormones which build to levels that can disrupt the various systems of our body – including the nervous, musculoskeletal, digestive, and endocrine systems.

Fortunately, there are things you can do to help you resolve the stress response and shift the body’s physiological state to one of calm and safety.

Move it! Go for a walk or run. Do a yoga practice, your favorite fitness activity or dance it out! Movement helps reduce stress hormone levels (adrenaline and cortisol) and helps to stimulate the production of “feel good” brain chemical – endorphins. The more regular these practices are, the more opportunity your body gets to restore itself from stress (be mindful of the need to control intensity though).

Tense and Release. Engaging muscles can help to dissolve tension in the body and bring mindfulness to how various areas of the body are feeling. This can be practiced when waiting in traffic or lineups, or even when you get into bed each night.

Deep breathing. This simple action stimulates the vagus nerve and parasympathetic nervous system to encourage the body to shift out of “fight or flight”. You can use this to transition from a stressful commute to an evening at home simply by taking 2 minutes to breathe mindfully in the car before going into the house.

Sleep – a solid night of restful, restorative sleep, i.e. quality sleep, does wonders to transition the body out of the physiological state of stress – and helps to reset the natural rhythms of the body, which contributes to greater stress resiliency.

When a nervous mind is preventing you from getting to sleep – herbs can help. ValeriCalm® contains a blend of calmative and nervine herbs that help to ease the mind and body into sleep, PLUS it supports a healthy “sleep architecture” – which is to say how the body progresses though the vital stages/phases of sleep.

Be Prepared for Stress

You can’t always prevent daily stress – but, along with taking steps to help your body complete stress cycles, you can help prepare your body for the arrival of stress by building resiliency against it.

Unique herbs called adaptogens provide daily support from the physiological effects of everyday stressors. Adaptogens function in the body like a thermostat, constantly working to return the body to a state of balance in order to increase its resiliency and optimize its functioning – as well as supporting the major body systems and organs. 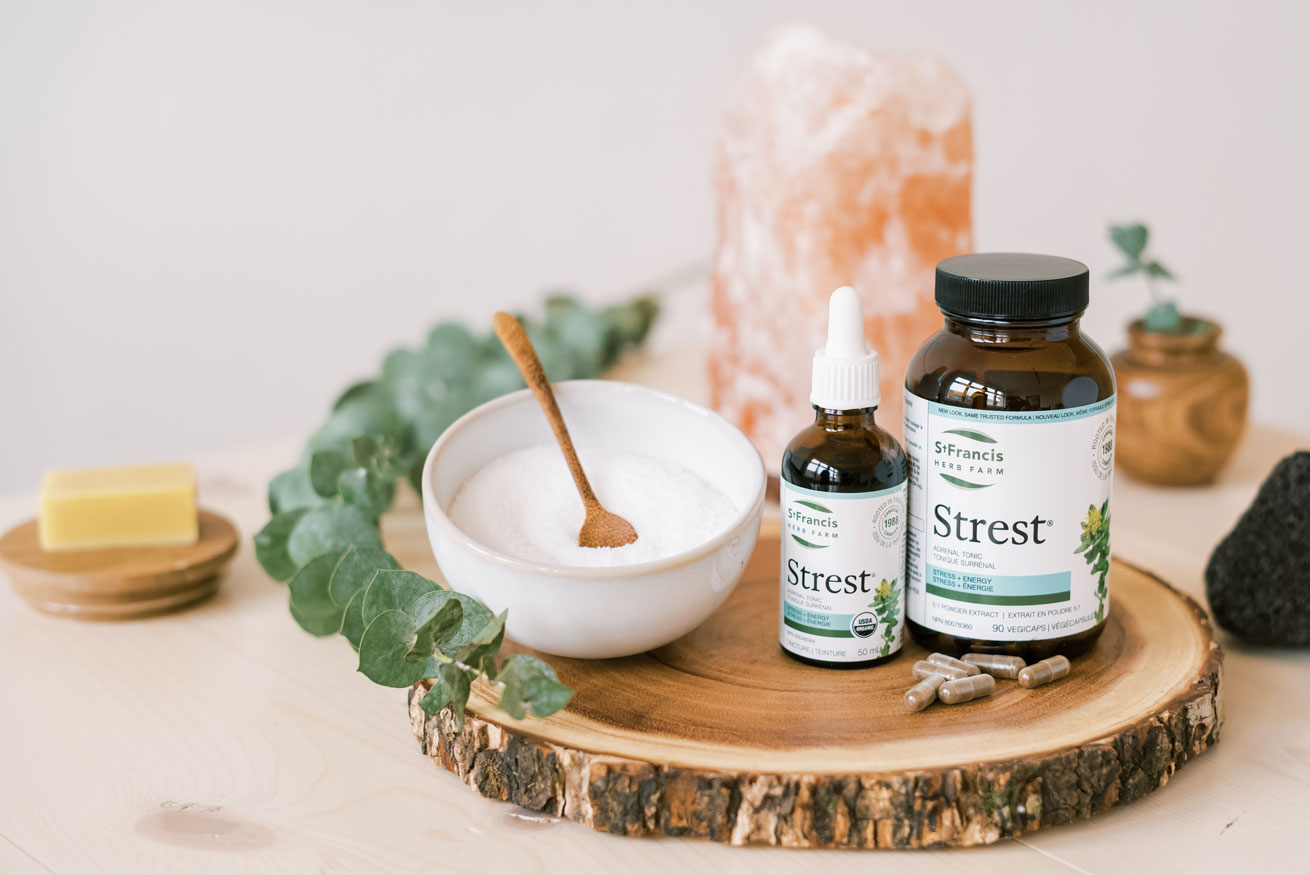 Strest® contains ashwagandha PLUS 5 other revered adaptogenic, anti-anxiety, and stress-relieving herbs, including:

Take 3 ml (3/4 teaspoon) of Strest® twice daily in a little water on an empty stomach (not right before bedtime) to help promote a sense of calm and to manage and prevent symptoms of adrenal fatigue and stress.

If you prefer the convenience of a capsule, Strest® is available in convenient veggie caps.

So, tune in to your stress and respond to it! These practices and plant medicines can help your body process stressors and literally “shake off” the effects of the stress response – so you can end the cycle and feel better!

You can watch Drs. Emily and Amelia Negoski talk about the stress cycle here!